Menu
Home > Health > Overuse Of Antibiotics Is On The Increase 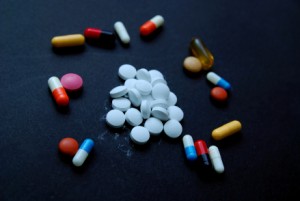 Here are some results of a study on antibiotic resistance being funded in Massachusetts by the federal government:

Early state findings suggest that some doctors may be contributing to overuse of Antibiotics by prescribing them without seeing the patient, or by giving in to patients’ demands for them even when they’re not needed.

The harm in this is that Antibiotic overuse increases the chance that bacteria can breed new strains able to survive the drug rendering it ineffective. Drugs are also stored in the body and can cause illness and dis-ease down the road.

What one Dr. says is happening

A survey carried out by the state agency that oversees Medicaid showed that 44 percent of prescriptions written for 76,000 mostly low income Mass. Health members in 1999 were given without seeing the patient in an office visit, said Dr. Annette Hanson, director of the state Division of Medical Assistance.

Most of these prescriptions were for ear infections in children, which are often caused by so-called “streptococcus” bacteria that are increasingly resistant to standard antibiotics, said Hanson.

Instead of perscription drugs, why not try some natural remedies? You can keep then on hand and will not need a prescription.

Here are some general ideas about adult use (this will vary from person to person.)

Olive leaf is usually taken as 1/2 teaspoon of the tincture three times per day. Or two capsules three times.

Virgin Coconut oil is taken by the tablespoon. I have people start at one tablespoon and add a tablespoon to what they are taking every fourth days. Until they are at 4 to 6 Tablespoons per day. Great for viruses and fungus. As well it is excellent for candida and there is a die off reaction. Because so many people have candida I have everyone increase amount every few days.

Thyme oil can be obtained as an essential oil to rub onto the skin mixed into carrier oil. 1 or 2 drops in the carrier oil. Or you can infuse 4 or 5 drops of thyme oil as aromatherapy. As well, you can purchase thyme in capsules or in tincture. 1 or 2 Capsules or ¼ to 1/2 teaspoon of tincture three times a day.

Caution with thyme oil: Thymus Vulgaris is a skin irritant in high concentration, it should not be used with epileptic conditions, hyperthyroidism, high blood pressure or during pregnancy.

So my last suggestion, which I consider the best is to take Probiotics or eat fermented vegetables to innoculate your colon with good bacteria. You need about 85% good bacteria to 15% of the bad bacteria. Most people do not have enough good bacteria in their colon. 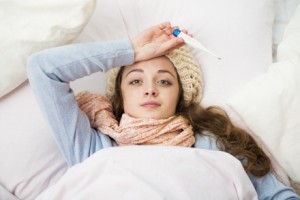 As well, I suggest you re inoculate your colon with good probiotic bacteria after the use of the natural anti biotics mentioned above. It is the best ways to assist your immune system in the long run.

And certainly after the overuse of Antibiotics, the Probiotics is suggested as well. Antibiotic overuse clears much of the good bacteria, which you need, along with bad bacteria.