Immune Response – How To Strengthen It

Many are looking for natural methods to build immunity to such things as the Flu. “The flu” is most often a reflection of what is going on inside the body. Build health and immunity against such things as viruses and bacterias by using alternatives to antitbiotics.

Antibiotics are used heavily in health care and day care centers, and farms regularly use them on crops and vegetables.

In addition, farm animals are given antibiotics for therapeutic purposes and for growth promotion.

People and animals that pass through these areas or live in these areas can show resistance even without deliberate exposure to the drugs.

By using such large quantities of antibiotics there has been a real increase in antibiotic resistance in certain bacteria.

Certain bacteria either have a pre-existing inherited resistance, or they gain such genes through mutation or genetic exchange with other bacteria. By killing susceptible bacteria, antibiotics can increase the number of bacteria that are resistant to the drugs. More-resistant bacteria develop as antibiotic exposure increases.

Currently, three types of life-threatening bacteria are not affected by more than 100 known antibiotics. Antibiotic resistance is also thought to play a role in the increasing death rates of certain communicable diseases like tuberculosis.

On the other hand, more natural substances are being monitered for effects on building health.

Cultured foods, especially those that have a good amount of lactic acid will help to strengthen your immune system. Examples of these foods would be yogurt, saurkraut and fermented vegetables.

The fermented foods help to populate your intestines with a good amount of micro flora, and for a healthy adult, this would be about two pounds of the micro-flora.

This micro-flora from cultured foods covers the intestine’s lining and help inhibit things that might make you sick such as e. coli, salmonella and an overgrowth of yeast, also known as Candida.

These foods also boost the immune system, aiding antibodies, which then fight infections.

Health Benefits of NAC As An Immune Builder

Coming down with the flu? Besides the Zinc and Vitamin C and Echinacea or Goldenseal that most people are aware of to build your immune system, consider this research on NAC.

Supplementing with N-acetylcysteine (NAC) can dramatically reduce the frequency and severity of flu-like symptoms in elderly high-risk individuals, according to a study by Italian researchers.

Two hundred and sixty-two men and women were asked to take 600 mg of NAC or a placebo twice daily for six months covering the peak wintertime flu season. It is a well-absorbed and safe form of the amino acid cysteine.

Each of the subjects was given a diary and asked to make note of such symptoms as fever, muscular weakness, loss of appetite, headache, aches and pains, nasal discharge, sore throat, and cough. Researchers defined “influenza-like episodes” as when two or more of the symptoms occurred at the same time.

“The overall frequency of patients suffering from influenza-like episodes…was significantly lower in NAC-treated subjects than in placebo-treated subjects,” wrote S. De Flora, MD, of the University of Genoa in the European Respiratory Journal. Of those subjects with laboratory-confirmed flu antibodies, only 25 percent of the NAC group developed symptoms, compared with 79 percent of the placebo group. 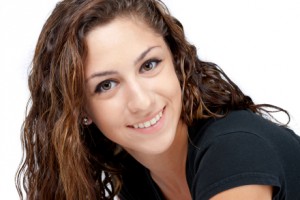 N-acetylcysteine also increased the activity of the immune system, encouraging a more vigorous response to infection, according to De Flora.

Continue to focus on how to improve your immune system by building health, so that you become ill less and less often. A strong immune system can handle most things. A strengthened immune system is very important in the times that we live in.